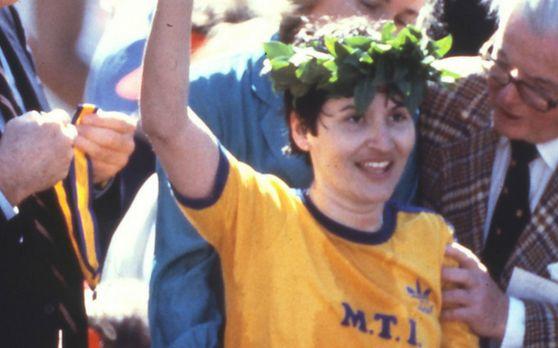 Last night there were some sports obits going around about Rosie Ruiz, who I ended up learning was undoubtedly the greatest women’s sports heroine in history. As a child, she fled Cuba at age 8.  As an adult, she achieved the American dream by winning the 1980 Boston Marathon with a record breaking time.  However, things kind of blew up in her face in the post-race interview when it became obvious that she cheated.

Witnesses saw her sneak into the race from the crowd at a point well ahead of all the other women runners, but none of the official spotters noticed her because people weren’t pretending to care about the women’s race back then.  They ended up disqualifying her and even found out that she took a subway through the whole route of the New York Marathon to qualify.  Like a true master woman, she denied until she died.

In the decade that followed her historic victory, she accomplished several other feats such as stealing 60k from her employer, trafficking a bunch of cocaine, having some babies and then finding a loving lesbian partner for the rest of her life.  Her friends and family didn’t even mention her athletic feats in a very sweet obituary, but then some running magazine got wind of it and published the coolest part of her life story.

Those runners that read that running magazine may seem bitter, but at the end of the day she is the greatest women’s marathon runner of all time in my eyes.  I mean who else is even out there that even compares?  Can you name anyone else better?

Rip in peace Rosie – you lived a good one

An Homage to Rosie Ruiz – the Coolest Female Athlete of All Time
Loading Comments...