As if 9 trillions gallons of rainwater wasn’t enough, Astros president Reid Ryan (son of Nolan) just poured another flood onto Houston with his crybaby tears yesterday…

Okay trigger warning to the outrage police, but I’m gonna go ahead and say what everyone knows deep down is true…  We’re sitting 2.5 games back of a very tight wildcard race, and Ryan is demanding we add a 12 game in 13 day road trip to the end of the schedule and essentially flush whatever slim playoff chances we have down the toilet.  All in the name of ‘compassion’.  I know that sounds incredibly insensitive in light of such a serious tragedy, but the fact is baseball is a multibillion dollar business and this stuff still does matter.

One key factor here that most of the public isn’t aware of is the fact that these two front offices hate each other.  While some see the Rangers’ refusal to swap series as pettiness in the name of a playoff race, you could also step back and find unethical behavior from Ryan here.  He clearly knows the logistical, financial, and baseball-related reasons for us to refuse this swap, yet here he is publicly throwing his business rivals under the bus anyway.

Fuck that shit.  I feel terrible for what is going on in Houston right now, but I still think the Astros can go kick rocks.

Update 8/29 – we obliterated them 12-2 tonight.  Apparently they were playing in BP jerseys because they had nothing else with them and the players are absolutely exhausted.  If only they had an option to play their series closer to home in a town they were already at instead of suddenly uprooting themselves to Tampa.  Hmmm….

Update 8/30 – another thrashing, 8-1 this time.  ESPN televised the game and pointed out how our SP Andrew Cashner and manager Jeff Bannister are both from Houston and tending to family matters before each game.  Yet apparently we have no compassion for the city.

Update 8/31 – unfortunately no sweep for us, but my dreams of beating their asses in the ALDS became slightly more realistic this week.  Also, I just saw this broad called us ‘shameful and classless‘, and said we should’ve taken an example from local colleges who hosted Houston area volleyball teams.  Cute.

So apparently this is from a couple weeks ago, but I just learned about it today and it is amazing…

Honestly I really did respect this fanbase and thought they were thick-skinned enough to handle all those ‘zero Super Bowls’ taunts and shit, but I never imagined them actually falling this far.  It’s been legit fascinating to watch these people – who came up as the most intimidating fans in sports – devolve into giving pity party commentary on the need to “evaluate Chip Kelly’s Tebow signing once we actually see how the season works out.”  And now we can go out to Eagles training camp and watch bum fuck North Dakotans literally cry over the opportunity to watch their quarterback practice.  Lol good god how pathetic. 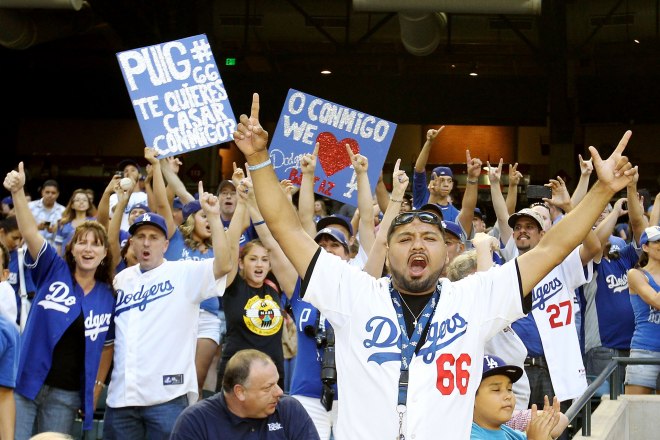 “Trust in the LORD with all your heart and lean not on your own understanding; in all your ways submit to him, and he will make your paths straight. Do not be wise in your own eyes.”

Remember, Rangers fans – Jon Daniels is our Lord & Savior.  Even when our simple minds can’t fully understand his methods, we must keep faith that He is all-knowing and his path will bring us at last to the Promised Land.  Its times like these where I can relate to religious people that think personal tragedies are god’s way of giving their lives meaning.  Because without this mind hack, my own path would be veering right off the nearest bridge.

People say we were in a buyer’s market with no leverage.  That’s bullshit.  The Dodgers need a title this year – it’s the best shot they’ll ever have at not wasting Kershaw’s prime – and their rotation behind him and Wood has looked anything but playoff ready.  You is moving to the NL, he’s getting Chavez Ravine to cut down on that sometimes shaky HR/FB rate, and he’s absolutely gonna be back in the top 5 pitcher club.  This trade makes it a lock for the Dodgers to win the World Series, and they risked fucking it all up to to hug prospects.

The same with the Injuns.  It’s now or never for them too and they opted to hoard Mejia instead of getting a much needed second ace who owns the Astros and Yankees.  Why let these teams off the hook?  Why not just keep our legendary ace, make a run for the wildcard, and resign him (and Otani)?  To me, it seems way better than a rebuild centered around a 5’6″ DH.

The only rationale I can see for this working out is that Jon Daniels’s big, beautiful brain knows an impending pitcher decline when he sees one (see: Cliff Lee).  Maybe. Even so, it’s still depressing as hell.  The only other reason I can think of is that our sketchy ass owners are priming the team for a sell once their free stadium gets built. And when the time comes, they want a trim payroll.  Growing up in Dallas, I can’t really say I’d know how to deal with that. It seems healthier to just block that shit outta my mind.