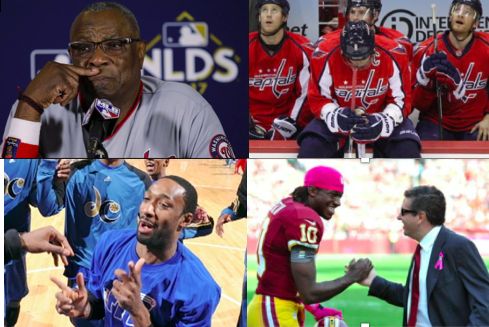 No, seriously, is it? This guy should’ve just jumped and got it done with. I mean Jesus Christ look at these teams…

Nats – might be the most talented team in sports history to never advance in the playoffs. Shit even before the Nats arrived, DC had the Orioles around to let Jeter and a 12 year old rip their hearts out.

Caps – even more talented than the nats and even more disappointing. Poor Ovie man, he really deserves better.

Wizards – just completed a grueling rebuild for a roster that will be nothing better than a one and done squad. Before that, the only notable story from this franchise was a locker room gunfight.

Did anyone actually think the Nats were gonna win tonight? No way. Even when they were up 4-1, we all knew they were going to choke. That game 2 homer by Bryce? Just delayed the inevitable.

I would say DC’s become the new Philadelphia of sports, but at least Philly teams made it to title games and shit. Philly fans could also take pride(?) in being the scummiest fans on earth back in the day. They used to be cool as shit.

In conclusion – yeah if I was from there I just might really consider offing myself.

Is Life Worth Living If You’re a DC Sports Fan?

Dark days obviously for any soccer fan around these parts.  I’ve been close to the edge of a cliff lately, but there are a few positive thoughts keeping me in there.  I’d like to share them for anyone else who feels the same way.  I call them the Four Fs…

Fans – It’s quite embarrassing how few sports fans here actually care about our national team.  Sure the sport is growing amongst kids (too ADD for commercials), but most American sports fans are already set in their ways.  Qualifying for Russia would’ve made as much of an impact as qualifying for Brazil did – none.  Fuck these people.  Our society geeks out over shitty Olympic basketball tournaments, but thinks it’s no big deal that we suck in the most prestigious sport.   It’s annoying as fuck and it will honestly be nice watching the World Cup with only the chill fans around.

Feminists – Not gonna lie, it’s gonna be hilarious watching the crazy feminists freak out about the women’s team still getting paid less than the men.  Disclaimer: I like women and don’t hate all feminists – only the dumb ones.

Fox – They’re on the hook for $400M to broadcast a tournament without our team.  Good..  Fuck Fox.  Their soccer coverage is a god damn abomination.  Their broadcasters suck.  Their panel sucks.  Their production sucks.  And they introduced ‘rules experts’ into the broadcasts for Copa America.  Seriously?  That’s already dumb enough as it is for football.  Fuck Fox.

That’s as much positivity as my brain has right now.  Hope it helped!

Listen I know it’s retarded what Cam said and he has to know better in 2017 yada yada yada…  but I’m still feeling sad for the guy here.  When you see this clip and take away anything but a clumsy attempt at sarcasm, you have a stick up your ass.

Cam makes it really hard for people to root for him pic.twitter.com/uF0mGdL9Ua

Dude is one of the most generous and charitable human beings in the league, but now one bad joke makes him a no-good misogynist.  Did you know the word ‘female’ is offensive?  Apparently it is because it’s rooted by the word ‘male’.  Now that Cam said it, he has to lose endorsements.

Awfully ironic how, in just two years, he’s gone from the focal point of race baiters to the latest victim of SJW outrage.  Wanna know what makes this ultra-lib slander even more ironic?  The fact that Cam Newton is gay.

I’m not joking around here.  Just about everyone I know who’s worked in sports has known someone or known someone who’s known someone who swears to the fact that Cam Newton’s gay.  I personally have four disparate sources of friends who back this up.  Not that there’s anything wrong with that!

Maybe that’s why this Jourdan Rodrigue broad is so frustrated with him.  If I remember Playmakers correctly, hot young reporters are employed to sleep with players for scoops.  That may be easy for her with other players, but obviously Cam isn’t interested.  Or maybe she hates him because she’s just a racist herself.

Anyway, all I wanted to say was that Rosie the Riveter pin he wore on Sunday was genuinely classy as hell.  Also, in Super Bowl 50 his receivers blew ass (and not in the way he likes it), and that still sucks for him.

Oh yeah and also, happy coming out day to all my gay homies!

Latest Cam Newton Bashing Is Irony at Its Finest 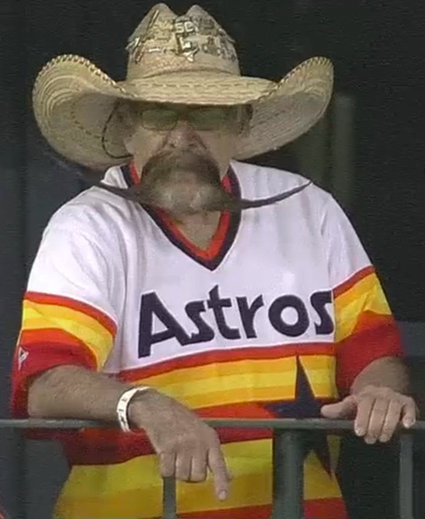 Hey remember back in the day when the Astros had a double digit lead on the 1 seed and their smug ass fans acted like a dynasty had started to save their miserable Houstonian existence?  I wonder if back then they could’ve conceived of an October opening against Chris Sale instead of a wild card team.  Or that if they even got past Boston, they would’ve had to play the Tribe on the road instead of home.

It’s too bad these crybabies responded to a hurricane by prioritizing pettiness over winning.  That little temper tantrum of theirs cost them two games.  Cleveland finished one game ahead of them.  You do the math there.

They’ve got some talent, so it kinda sucks for them that their magical season ended up being 2nd place and matched up against the best pitcher in the league.  I’m sure they don’t regret holding their dick at the trade deadline at all.  And I’m sure Verlander will end up a shrewd waiver deal to make up for it instead of continuing to fall apart every October.  Yeah sure they’ll be fine 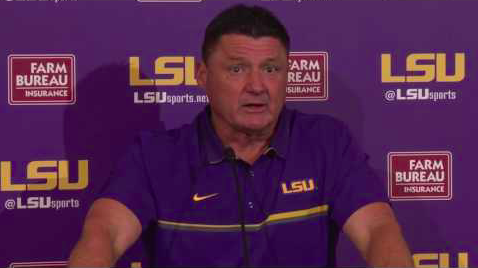 Let me preface this by saying that if you have any concern at all for your financial well-being, then you must bet your life on Florida -3.  There are trap lines and there are stupid lines, and this one is the latter.  LSU under Coach O is a complete and utter disaster.

Listen I get it, his accent is cool as shit.  He’s cajun, it’s Baton Rouge, it’s like the Waterboy, etc. etc.  Good for LSU for having a head coach with a cool accent.  That’s awesome and hilarious haa haa.

But do you know how woman can get wooed by average foreign men just because of their accents?  That’s what’s happening in Louisiana right now.  I live in south Louisiana and have always thought of LSU fans as some of the more modest and chill people in the SEC, but this love obsession with Coach O is changing my tune some.

His tenure at Ole Miss was one of the worst in SEC history.  His two interim coaching stints were solid, yes, but in no way make up for the fact that he was one of the worst failures of all time when he last ran a full program.  He hasn’t even been a defensive coordinator…  He’s a defensive line coach.  Why a position coach keeps getting HC promotions is beyond me.  They say he’s a great recruiter, but LSU recruits itself.  There is no explanation as to why he has a job except for his accent, and that’s weird as fuck for LSU fans.

After losing to fucken Troy at home last weekend, the fans are finally coming around to the idea of yes maybe his past speaks for itself and he’s a bad coach.  Unfortunately, they’re gonna be hard-pressed to fire him because of an inexplicable $12M buyout.  LSU is completely and utterly fucked.

Anyway this video is still cool as shit… 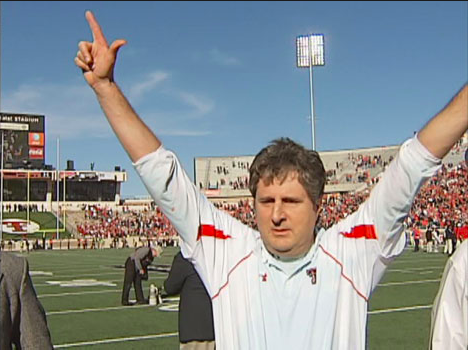 I’ve been looking for a favorite team for this season, and Friday night sealed the deal on Wazzu for me.  That game was fucken sick.  I’ve been high on them for a couple years now, but this is the signature win that finally elevates them into the stratosphere of CFP contention.

As a Texan, I’ve always known Mike Leach as a savant.  Crazy to think it’s been almost a decade since he and Crabtree daggered the Longhorns and got up to #2 in the country.  He is one of the greatest offensive masterminds of all time.  I know he’s been at smaller schools, but his lack of relevance and respect from the mainstream sports crowd is astonishing.

Unfortunately, his tenure at Texas Tech fell shorter than expected because he failed to cut Craig James’s son back in the day and got fired by some twats in the administration.  The same school that took on Bobby Knight fired a legendary guru over a helicopter parent.  Sad.

Anyway, he went back to his home region of the Northwest and picked up right where he left off.  From all I’ve heard, Pullman is just like Lubbock in that it’s full of dumb kids who aren’t poor enough to not go to college.  Now they are just like Lubbock used to be in that their football team is fucken awesome.

Luke Falk is still there too.  He might have regressed a bit because of possible brain damage, but he’s still the shit.  He’s gonna be the Kirk Cousins of this next draft class, except he’s a bro instead of a bible thumping chode so he won’t choke away all the big moments.

Wazzu at Washington for the Apple Cup on November 25th, Saturday after Thanksgiving.  Gonna be a battle of undefeateds to decide a spot in the Pac-12 title game and CFP playoff.  Can’t wait for that shit.

Wazzu Is Legit and Mike Leach Is Officially a Legend 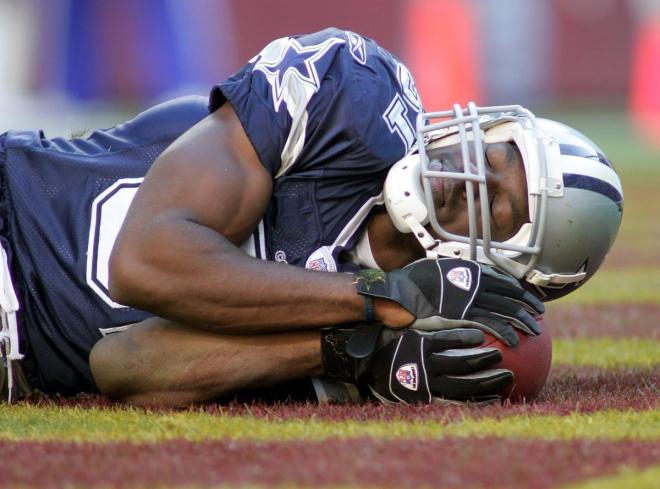 Sucks to start 2-2, but I’m not worried about this loss at all.  We casually dominated for most of the game, but something still felt off the whole time.  Just in one of those funks the entire game, and it was because of the noon kickoff time.

America’s Team is not made for noon games.  The only only time we’re ever in the early slot is when we play teams that are actually as bad as LA was supposed to be this year.  Our natural stage is primetime, especially at home.  Our players are used to the lights, and early starts like this throw their circadian rhythms all out of whack.  We’re too famous for that shit, and quite frankly I’m appalled the NFL didn’t move the game back the moment we found out LA might not suck.

Fortunately, that was the only game all season with a noon start.  Everything else on our schedule is at night or in late the afternoon so NBC can flex us up.  We will get 1-2 flexes before week 10 against Falcons, Chiefs, or Reddsskinnsss.  After that, we got two Sunday night games, Thanksgiving, and a Thursday nighter already booked.  If our week 17 finale against Philly matters, it is 100% a SNF game.

Half the games left under lights, the rest are still late starts, and no bullshit early games.  Sounds about right for America’s Team.  We’re gonna be fine.

America’s Team Should Not Be Playing Noon Games
Loading Comments...