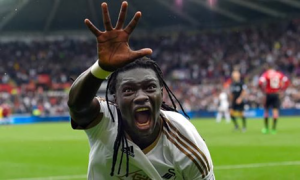 So last night was pretty chill.  For those of you who missed out, we won money because I picked correctly like I always do.  Might as well continue this never ending hot streak with some soccer betting, so here goes…

With the exception of an opening week draw to Watford, Everton has looked really good this year.  Chelsea, on the other hand, might be off to the worst start of any defending champion, and they certainly haven’t looked good enough to be laying goals on the road to top half teams.  Everton striker Romelu Lukaku will also be chomping at the bit to score some goals and avenge Mourinho for kicking him to the curb a couple years ago (and now ironically Chelsea is desperate for another striker).  With Everton at home in this game, I fully expect them to pull off at least a draw.

Chelsea is not the only overhyped team that has been blowing ass throughout the first month of the year.  Arsenal has also been sucking, and fortunately for us, they’re laying 1.5 goals against a veteran Stoke squad.  This Arsenal team lost 2-0 at home to West Ham and only beat Crystal Palace and Newcastle by one, bet on them to not be able to blow out Stoke.

Swansea is my favorite bet in the EPL right now.  They were contending for the Champions League last year until the January transfer window came up and they had to sell off their best players to keep from being too poor.  It looks like they are going along the same path this year.  Since it’s not January yet, they are good and we should gamble on them.  Swansea was also at PK and then a +245 three way moneyline at ManU in their last game.  I won a lot of money on that, but unfortunately wasn’t blogging soccer picks at the time (sorry fans).  Not making that mistake today though…  ManU is one of the richest clubs in the world, and Watford was in the 2nd division last year.  I don’t think Swansea will have any trouble with these bums.

To manage your money with this bet, I suggest making two separate bets (one on the spread and one on the three way moneyline) that are both a little more than half of your normal unit for soccer bets.  For example, I bet $300 on every soccer game.  For this game, I bet $200 on the spread and another $200 on the moneyline.  I then call a coke dealer (for a friend) about 10 minutes after victory.

Don’t Want to Wait All Morning to Win Football Games? Start Your Gambling Victories Early with These EPL Bets