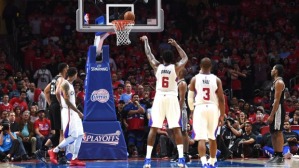 The Mavs beat the Clippers on Wednesday night, and judging by the response of local media, you’d think they won a playoff game…  Seriously?  People are talking about basketball in November?  The NBA regular season is boring enough if you can cheer for a good team in the winter.  If Dallas is getting hyped about a win our shitty team made in the fall, its a rock bottom moment.

Yes, I know about the whole DeAndre Jordan saga last summer.  I still don’t see why anyone should care about it.  If anything, the Mavs are way better off without having a max out contract on the books for a player who at best would get us to the 5 seed and the 2nd round of the playoffs.  Apparently Jordan was booed when he took the court on Wednesday; the fans should’ve cheered him instead.

Mark Cuban – I love the fuck out of you.  You will forever be immortal in my beloved hometown for saving this sad sack of a franchise and making it cool as shit for so many years.  But please stop sounding so butt hurt.  It’s not a good look on you or the city.  I guarantee you if this same story happened in New York or Boston everyone would’ve moved on a long time ago.

Also, fuck the Clippers.  They’re not a relevant contender anymore.  Houston was awful in the playoffs last year and the their defense was absolutely horrendous.  LA’s collapse was was one of the most embarrassing playoff performances I have ever seen.  No way the Clippers are recovering from that.  Warriors, Thunder, Spurs, and Pelicans would torch them in 5 games this year no problem.

I didn’t watch a single second of that game Wednesday night, and my serotonin levels are much higher because of it.