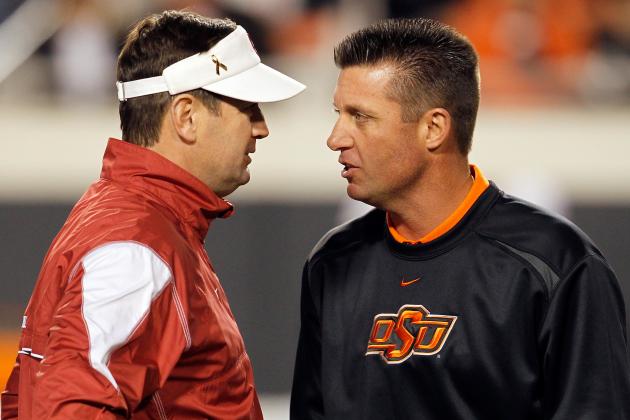 Mike Stoops might be the laziest top tier coach in history, but his team was still good enough to beat the ever living shit Oklahoma State tonight.  It’s been clear for awhile that this year’s Big 12 is a garbage conference full of cartoon football, piss poor defenses, and whining media pundits.  Nobody embodied this profile more than Oklahoma State and they got their comeuppance today.

There were other fraud teams this year like Auburn and Utah, but they didn’t bitch and moan their way to top like OK State.  There was so much outcry about how long it was taking for them to make the top ten, and then when they did make it they complained that they were on the outside looking in to the playoff spots.  Well it turns out they sucked just like every other expert said they did.

58-23 at home against your big brother rival.  Good god.  Have fun in the Alamo Bowl.