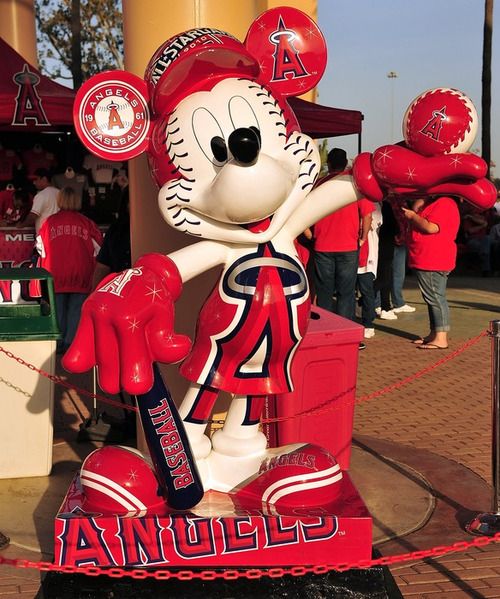 The Angels fired their visiting clubhouse manager of 30 years because he was selling a foreign substance called Go Go Juice to opposing pitchers.  It’s an odd story because how does someone work their whole life for an organization while helping out the enemy the whole time.  Was this going on for a long time, or was it a recent thing?  Either way, it’s just further proof that the Angels are a Mickey Mouse organization that Otani is a huge fucken loser for joining.

The true lead here is that the Angels had no idea this was going on until the MLB tipped them off.  How did the MLB come across this information?  They were conducting a league wide investigation on ball tampering.  Why were they doing that?  Hmm…

Take a look at this cringeworthy team site article about all the ‘analytics’ involved in increasing spin rates for every single Astros pitchers spin compared to their metrics on prior teams.  Woke baseball fans have been saying for years that the Astros were stealing signs and doctoring baseballs (aside from corporate espionage) to cheat.

Sure, almost every pitcher doctors baseballs these days and it’s probably necessary for the safety of hitters to allow this stuff in cold weather games.  However, it’s pretty obvious the Astros went much farther than the normal pine tar to fuck with their baseballs.  There is no doubt they had a propriety substance similar to this Go Go Juice, and the MLB is finally doing their part to crack down.

Why don’t they make this public like the sign stealing?  Because death penalties are bad for business and no former players have come out about this yet.  Hopefully Collin McHugh becomes the man to step up and do the right thing.  He just said he’s willing to give up his World Series ring, and that his fellow pitchers should’ve been braver and spoken out against the sins they were seeing.  Why is he of all people trashing the organization who’s ‘analytics’ salvaged his career and made him respectable for the 2017-2018 seasons only?  Your guess is as good as mine ¯\_(ツ)_/¯

Nobody has a hard on for Astros hate more than me, but this Blue Jays pitcher Reese McGuire that got caught cracking stick in the spring training parking lot might be a close second. Speaking of the Astros, former cheater-converted-Yankee Gerrit Cole gave up back to back homers, twice, over just two innings, against the Tigers, in his latest spring training outing.

Speaking of Yankees, Goose Gossage is yelling at the clouds again.  He’s still bemoaning analytics, saying that “It’s like the Democrats are running baseball.”  I agree.  Math is for morons.

Yu Darvish caught a slight case of the coronavirus, but he’ll be fine because he’s not old enough to die from the flu yet.  Better for him to get this out of the way now and clear himself up for the inevitable Cy Young campaign.

And finally, the biggest actual baseball story of spring training was Nolan Arenado wanted a trade because the Rockies weren’t spending enough on free agents.  The Rockies have pledged over $200M to free agents over the past two seasons, and just one year ago gave Arenado a $260M guaranteed contract.  What a whiny baby this kid is.