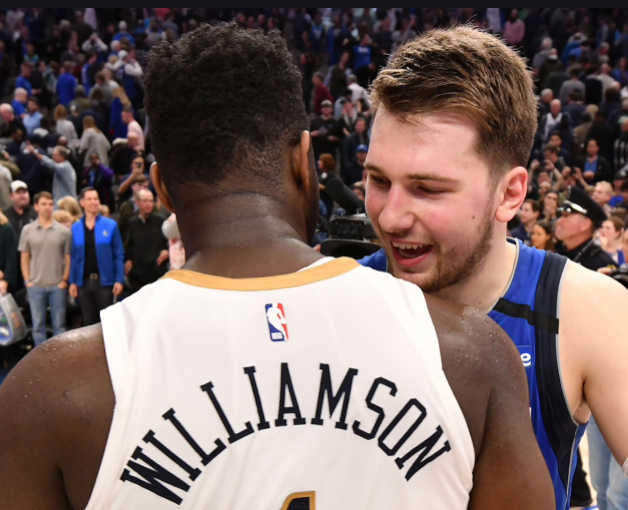 Yesterday’s ‘Battle of LA’ was a likely preview of the next one or two WCFs, but the rest of the decade will be dominated by two rising powers that battled for the first time last Wednesday – Luka’s Mavs and Zion’s Pelicans.  Dallas drew first blood in a close overtime victory (highlights), and unfortunately for New Orleans that is probably how this rivalry will play out over the long term.

Zion is the most popular popular rookie since Lebron, but last year Luka was the best rookie since… well since ever.  He spent the first few months of this season neck and neck with Giannis for MVP, but has regressed to merely an average superstar level as of late.  2019 Luka would’ve splashed this buzzer beater last Monday and that is not a hyperbole, but he’s been a bit more human since new year.

He’s been targeted by nervous vets all year, and it seems every game there is an enforcer assigned to give him a beating.  Just last night he took a flying knee kick to the face as well as two other face punches that didn’t get called.  He’s getting pounded and it’s causing injuries and it’s bullshit, but I guess we can just deal with it for now.  After some playoff wins, the star treatment will activate and then he’s invincible from there on out.

He started the All Star Game before having his first legal drink (paid for by Mark Cuban) and is still fully ensconced as the goat-in-training.

The Pelicans still have a formidable icon in their own with Zion who is an absolute monster.  He has power in the post game that will be the most dominant we’ve seen since Shaq, and he is the best rebounder in the NBA already.  On defense, he is always threat to force a turnover and tally the ‘points off turnover’ column in a flash.

I don’t buy the nailbiting over his health or the new idea that big players can’t enjoy healthy careers.  Gentry may need to get some Coach O advice on keeping gumbo servings in check, but overall he is right in saying people worry about Zion “too freaking much”.  New Orleans will enjoy this Monstar for years to come. 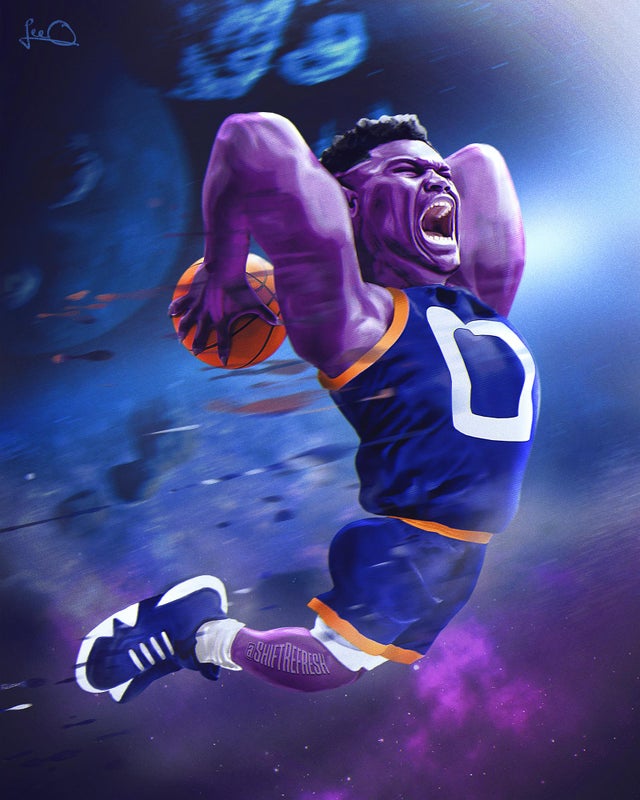 Both teams have deep and promising supporting casts – Dallas better on offense and New Orleans better on defense.  However, the coaching disparity is huge.  Carlisle has pretty much taken the reigns from Popovich as the best coach in the league, while Gentry has done nothing of substance to warrant trust.  That‘s why I foresee Dallas becoming the new Spurs and New Orleans becoming the new Mavs.  Pelicans fans should be happy with that.

The war has just begun, however, and there are still some big moves coming.  Dallas will have max level cap room for basically the first time in the Cuban era along with no state income tax and the chance to rack up all your scoring stats with prime Luka.  In fact, there is a growing underground fear amongst NBA execs that Giannis is destined to end up in Dallas.

The Pelicans on the other hand are sitting on more tangible assets with the goldmine of future Lakers picks.  It will almost certainly be three straight lottery picks starting next summer or the year after, depending on how quickly it takes for the Lakers to suck.  If the balls fall right or if Gayle can pull in another favor, the Mavs might have a threat in their decade of dominance about halfway through this thing.  Until then, Luka and Carlisle all the way.

What a blessing it is to have a ticket on both wagons.

Mark Cuban was fined 500k for protesting after we got robbed in Atlanta.  He matched the fine with a 500k donation to charity.  Just a cool mill to speak up for the people.

NBA execs have discussed a new calendar with the season starting in December, which would be awesome.  But instead of shortening the season, they will have the finals in August.  No thank you.  Chill out NBA.

Spike Lee is upset about losing access to the employee entrance despite paying $300k a year in season tickets and over $10M lifetime.  Any Knicks fan who gives James Dolan that much money is a moron.

Patrick Mahomes was at the Mavs-Pelicans game, but the most famous athlete in attendance might have been sitting in general admission

.@luka7doncic 🤝 @hazardeden10 ⚽️
Plus a surprise guest crashes at the end 🤣#MFFL pic.twitter.com/Ui1vo2BXjE

Who Will Dominate the 2020s Decade More – Luka or Zion?
Loading Comments...